Exorcism in Modern Times – Is This Protective Rite Changing to the Digital Realm?

Exorcism is one of the oldest forms of spiritual healing and has been practiced in many cultures for centuries. The practice is based on the belief that humans can become infected by evil entities known as demons, and that these entities can take control of a person’s mind and soul. Exorcism is the process of removing the demonic presence and restoring a person to a healthy state.

The concept of demonic possession has been around for centuries, but the exact nature of these entities and how they infect humans is still largely unknown. Some believe that demons are fallen angels or other spiritual beings that have been banished from the spiritual realm. Others believe that they are the spirits of deceased humans, or even the manifestation of negative energies in the human psyche. Whatever the case may be, there is a general consensus that demons can inhabit a person and cause physical and psychological ailments.

It is believed that demonic possession can cause a variety of symptoms, including physical pain, mental instability, and spiritual turmoil. In extreme cases, the possessed individual may experience visions or hear voices that tell them to do things that are not in their best interest. In some cases, these entities may even be able to manipulate the environment around the possessed person, creating a haunting presence that can make it difficult for them to live a normal life.

The primary goal of exorcism is to free the person from the demon’s control and return them to a state of health. The process involves a combination of spiritual rituals, prayers, and the recitation of sacred texts. The exorcist may also use certain tools, such as holy water and a crucifix, to ward off the demon and protect the possessed individual. The exorcism may also involve a cleansing of the person’s spiritual energy, in order to remove any residual energy from the entity.

Exorcism is not the only way to deal with demonic entities. Some believe that it is possible to rid oneself of the demonic presence through prayer, meditation, and other spiritual practices. Others believe that a person can be rid of the demonic presence by confronting the entity and confronting the fear that it instills in them. However, many people believe that exorcism is the only effective way to remove the entity and restore a person to a state of physical and mental health.

While the exact nature of demonic possession is still largely unknown, it is clear that exorcism can be a powerful tool in dealing with these entities and restoring a person to a state of health. The process can be a difficult and frightening experience, but it can also bring a sense of relief and peace to the individual. In addition, exorcism can provide a sense of closure to those who have experienced a haunting presence, allowing them to move on from the trauma of their experience and find peace. 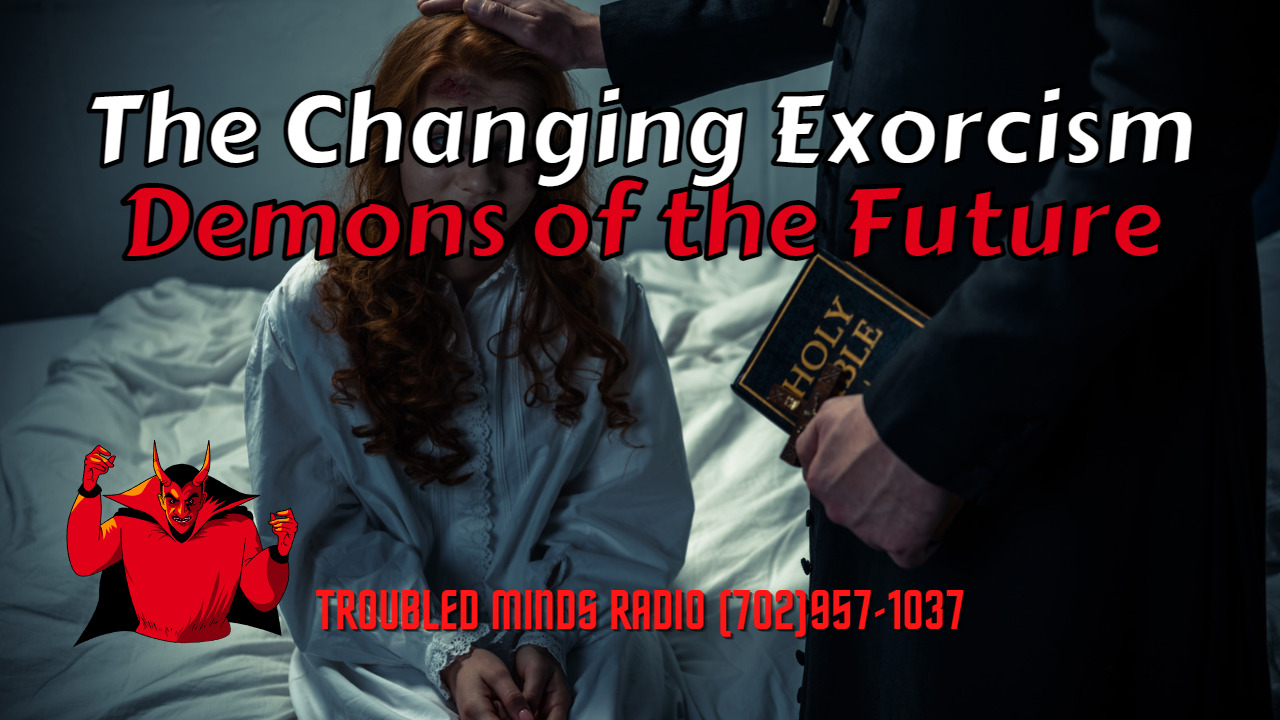 In the ancient world, exorcism was seen as a way to rid individuals and places of spiritual forces that were believed to cause physical and psychological problems. In Ancient Egypt and Mesopotamia, exorcism was used to rid people of evil spirits, while in Ancient Greece and Rome, the practice was used to drive away the ghosts of the dead. The earliest known written record of exorcism comes from the Babylonian Talmud, which dates back to the 1st century CE. In this document, a rabbi is said to have used a combination of prayers, incantations, and the recitation of psalms to drive away demons.

In the Middle Ages, exorcism was seen as a way to protect people and places from supernatural forces, such as witches and evil spirits. During this period, the rite of exorcism was often performed by priests or other religious figures, who used incantations, prayers, and holy water to cast out the evil forces. During the 16th and 17th centuries, the practice of exorcism became more common in Europe, as the belief in witchcraft and the supernatural became more widespread. In some cases, the rite of exorcism was used to rid people of demonic possession, with priests or others performing rites such as fasting, prayer, and the sprinkling of holy water.

In the 19th century, the practice of exorcism began to be seen in a different light, with many theologians and religious scholars doubting its efficacy. In the 20th century, the rite of exorcism began to be used less and less, with some churches even banning it altogether. In recent years, however, there has been a resurgence in the practice of exorcism, with some churches and religious figures encouraging the use of the rite to drive out evil forces.

In the 21st century, the rite of exorcism is still used by many religious groups, although it has changed and adapted to the changing times and beliefs. In some cases, the ritual has been simplified, with fewer prayers and incantations being used. In other cases, the rite has been modernized, with electronic tools and soundwaves being used to drive out negative energies. In all cases, the goal of the rite remains the same: to rid individuals and places of negative or evil spiritual forces.

With the advent of the digital age, demons have found new ways to influence individuals. Social media, video games, and other digital platforms are now used by demons to lure people in and to manipulate them. This has led to an increase in demonic activity in the digital realm, and a need for exorcists to expand their scope to include this new form of possession.

To combat demons in the digital realm, exorcists must first understand the way in which these entities use technology to manipulate individuals. They must also be aware of the ways in which technology can be used to amplify demonic influence. For example, social media can be used to spread malicious rumors and to target individuals with misinformation and hate speech. Video games can be used to desensitize individuals to violence and to promote addictive behaviors.

Exorcists must also be aware of the ways in which technology can be used to protect individuals from demonic influence. This includes teaching individuals how to recognize signs of demonic influence and to take steps to protect themselves from it. Exorcists can also use technology to create spiritual boundaries and to monitor for signs of demonic activity in the digital realm.

Overall, the rite of exorcism has changed significantly over the centuries, adapting to the changing times and beliefs of different cultures and societies. While the goal of the rite remains the same, the methods used to drive out evil forces have evolved, with modern tools and technology being used in some cases. Despite the changes, the rite of exorcism still retains its power and importance in many religious traditions, providing comfort and protection to those who seek it.