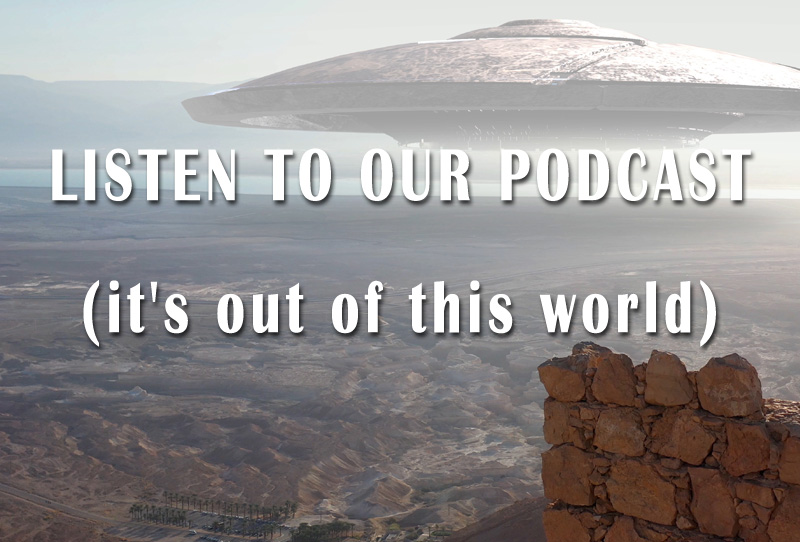 ‘Operation Saucer’ was an investigation into a terrifying series of reported incidents in 1977 where residents in the Brazilian city of Colares claimed that they not only witnessed flying saucers – but they were also being ATTACKED by them.

Bright objects of differing shapes, sizes, and colors were said to have been flying at low altitudes – just a few meters above the tops of trees – and firing light beams at people on the ground below. Several witnesses claimed to have seen beings piloting the crafts, describing them as no more than three to four feet tall. What separates these sightings from the usual glimpses of UFOs in the skies are the numerous and recurring injuries that people suffered.

It was just after 3 a.m. when the shooting started. Following reports of an unidentified object in the skies, troops in Santa Monica unleashed a barrage of anti-aircraft and .50 caliber machinegun fire. Before long, many of the city’s other coastal defense weapons had joined in.

The Battle of Los Angeles, also known as the Great Los Angeles Air Raid, is the name given by contemporary sources to a rumored attack on the continental United States by Imperial Japan and the subsequent anti-aircraft artillery barrage which took place from late 24 February to early 25 February 1942, over Los Angeles, California. The incident occurred less than three months after the U.S. entered World War II in response to the Imperial Japanese Navy’s surprise attack on Pearl Harbor, and one day after the bombardment of Ellwood near Santa Barbara on 23 February.

Initially, the target of the aerial barrage was thought to be an attacking force from Japan, but speaking at a press conference shortly afterward, Secretary of the Navy Frank Knox called the purported attack a “false alarm”. Newspapers of the time published a number of reports and speculations of a cover-up to conceal an actual invasion by enemy airplanes.

On the night of 4 October 1967, at about 11:20 pm Atlantic Daylight Time, it was reported that something had crashed into the waters of Shag Harbour. At least eleven people saw a low-flying lit object head towards the harbor. Multiple witnesses reported hearing a whistling sound “like a bomb,” then a “whoosh,” and finally a loud bang. The object was never officially identified and was therefore referred to as an unidentified flying object (UFO) in Government of Canada documents. The Canadian military became involved in a subsequent rescue/recovery effort.

Many stories have been written about the untimely death of Captain Thomas Mantell whose USAF P-51 Mustang aircraft crashed on the 7th. January 1948, shortly after having observed a UFO seen hovering in the air close to the US Army Air Force Base at Godman Field, Kentucky. The official Army Air Force verdict is that Mantell’s aircraft crashed after he blacked out owing to lack of oxygen while attempting to fly too high an altitude in what was later described as a high altitude weather balloon.

Over the years such UFO-related stories have been debated by researchers throughout the World, but the final proof about such incidents has never been forthcoming. The self-destruct mechanism, which seems to be an inherent part of UFO investigation emerges with uncanny regularity and this coupled with a clever disinformation program, has stifled the startling truth to the present day.

The tragic death of this brave pilot has officially been put down to pilot error, but who could say otherwise. Mantell could not defend his actions or tell the true story of what confronted him that fatal day.

This was one of the most credible cases of its era and has never been fully explained other than to say that “Lt. Gorman had a close encounter with an unknown object.” He got to within 1,000 feet of the flying object and got a good look at it. Gorman would later make this statement:

“It was blinking on and off. As I approached, however, the light suddenly became steady and pulled into a sharp left bank. I thought it was making a pass at the tower. I dived after it and brought my manifold pressure up to sixty inches but I couldn’t catch up with the thing. It started gaining altitude and again made a left bank, I put my F-51 into a sharp turn and tried to cut the light off in its turn. By then we were at about 7,000 feet.”

The unknown object suddenly made a sharp turn. Suddenly, the two planes were heading straight toward each other. Gorman went into a dive, missing the unknown object as it passed at about 500 feet above him. The UFO then went to 1,000 feet, Gorman still in pursuit.

The UFO had turned and was again heading toward the F-51. Was it playing games with him? What was this object? Just before the two fliers hit head-on, the UFO made an unbelievable move, streaking straight upward.